Robert J. Chilton, DO, is a Clinical Professor of Medicine, Director of the Cardiac Catheterization Laboratory at University Hospital and the Audie L. Murphy VA Hospital, and Associate Program Director of the Interventional Cardiology Fellowship Program. 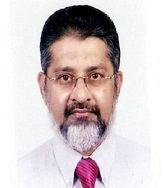 Author received post-graduate degree in Ophthalmology in 1987 from Mangalore University in India and has undergone clinical trainings at London MOORFIELDS Eye Hospital) and Munich (University Eye Hospital) and has 35 years of experience as an Ophthalmologist. He has published over 30 papers in journals and at various regional and international conferences.

Robert Roberts completed his undergraduate (Memorial University), Medical school (Dalhousie University) and training in cardiology (University of Toronto) in Canada. He was recruited to Washington University in St. Louis as Director of the Coronary Care unit (1973-1982). In 1982 he was recruited to Baylor College of Medicine in Houston as Chief of Cardiology where he served for 23 years and was recruited as President and CEO of the University of Ottawa Heart Institute (UOHI) where he completed two 5 year terms (2004 to 2014). He developed the first quantitative assay for MBCK, followed by a radioimmunoassay. MBCK was used as the gold standard to diagnose heart attacks for three decades. He discovered several genes for the familial cardiomyopathies, including the first gene for atrial fibrillation, WPW Syndrome and CAD (9p21) along with co-discoverer of over 90 genetic risk variants predisposing to CAD and 95 genetic variants regulating plasma lipids. As a pioneer of molecular cardiology, he edited the first textbook on molecular cardiology. Dr. Roberts is recognized as a leader in the research and practice of cardiology worldwide. Dr. Roberts for 25 years has been associate Editor of Hurst The Heart, a leading textbook in cardiology. Dr. Roberts is Editor in Chief of Current Opinion in Cardiology, Chief Guest Editor of JACC BTS, Genomics Section Editor for JACC, Associate Editor of Cardiology Today and on the editorial board of 18 other journals. In recognition of his scientific contributions (over 900 publications). Dr. Roberts has had a distinguished and prolific international career as a Cardiologist, Educator, Scientist and spokesman having lectured throughout the world including several prestigious presentations: Plenary addresses of the American College of Cardiology, (Simon Dack Lectureship), the Japanese College of Cardiology, the Japanese College of Circulation, the Australian and New Zealand Heart Association (Hall Lecture), the Canadian Cardiovascular Society, Indonesian Heart Society and the International Academy of Cardiology. In 2013 he addressed The Royal Canadian Institute for the advancement of science. Under Dr. Roberts leadership, the University of Ottawa Heart Institute (UOHI) flourished. He founded and directed The Ruddy Canadian Cardiovascular Genetics Centre, and established The Research Methods Centre.

Biography: Marco Picichè completed his Graduation in Medicine from University of ReadMore...

Marco Picichè completed his Graduation in Medicine from University of Florence in 1995 and Cardiac Surgery Residency at Tor Vergata University of Rome in 2000, both summa cum laude. He held regular teaching appointments at the University of Montpellier-School of Medicine; obtained certification by the French board in Cardiac Surgery (Paris, 2007); earned his Research Master’s in Surgical Science (Paris, 2007) and; received a University Diploma in Vascular Surgery (Paris, 2007). In Canada, he authored a research project on the occlusion of the internal mammary arteries as an alternative method of myocardial blood supply. In September 2011, he received PhD degree in Therapeutic Innovations from Paris-Sud University. He is the Editor in Chief of the book: “Dawn and Evolution of Cardiac Procedures: Research Avenues in Cardiac Surgery and Interventional Cardiology” (Springer-Verlag publishing house, September 2012). He patented a new surgical instrument. Currently, he is a Cardiac Surgeon in Italy.

Naranjan S Dhalla is a Distinguished Professor, Max Rady College of Medicine, University of Manitoba. He served for 19 years as Founding Director of the Institute of Cardiovascular Sciences at the St. Boniface Hospital, Winnipeg, Canada. He has been working in the field of Experimental Cardiology with a focus on pathophysiology and pharmacology of cardiac dysfunction and he was one of the first investigators to identify membrane defects during the development of heart disease. He has published 819 full length papers, which are cited more than 26,702 times in addition to editing 56 books, and training 163 fellows and graduate students in biochemical and molecular medicine. As Secretary General and then President during 1972-1996, he developed the International Society for Heart Research for promoting cardiovascular research. He has been the Executive Director of the International Academy of Cardiovascular Sciences, which he founded in 1996 for promoting the cardiovascular education and prevention of heart disease; he was elected as Honorary Life President in 2016 of this organization. For the past 32 years, he has been Editor-in-Chief of an international journal "Molecular and Cellular Biochemistry." He has has received 199 honours and awards, including 6 Honorary Doctorate Degrees and 4 Honoris Causa Professorships from different Institutions. He has been invited to give 521 talks at various conferences and institutions around the globe. He is Fellow of the Royal Society of Canada, Member of the Order of Canada, Member of the Order of Manitoba and Inductee into the Winnipeg Citizens Hall of Fame. Founder of Cardiomed
President of the Romanian Heart Foundation
Romania

Founder of Cardiomed, President of the Romanian Heart Foundation, Romania 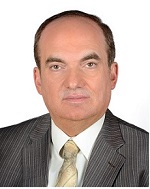 Biography: Ellahham has served as Chief Quality Officer for SKMC since 2009. In h ReadMore...

Ellahham has served as Chief Quality Officer for SKMC since 2009. In his role, Dr. Ellahham has led the development of a quality and safety program that has been highly successful and visible and has been recognized internationally by a number of awards. As Chief Quality Officer and Global Healthcare Leader, Dr. Ellahham has a focus on ensuring that that implementation of this best practices leads to breakthrough improvements in clinical quality and patient safety.Dr. Ellahham is a recognized leader in quality, safety, and the use of robust performance improvement in improving healthcare delivery. He serves on a number of US and international committees and advisory bodies. Dr. Ellahham is Certified Professional in Healthcare Quality (CPHQ) by The National Association for Healthcare Quality (NAHQ). He is Certified in Medical Quality (CMQ) by The American Board of Medical Quality (ABMQ). He is the recipient of the Quality Leadership Award from the World Quality Congress and Awards and the Business Leadership Excellence Award from World Leadership Congress in 2015. He is one the nominees for Safe Care magazine Person of the Year in the United States. He is the recipient of SKMC Infection Prevention Award in 2011 and 2012.

Research Interest: Cardiology and its line

Cardiology and its line

Carola Förster has a convincing track record in (neuro)physiology with a strong focus on the (dis)functions of the blood-brain barrier (BBB). A significant aspect of her research is related to regulation of gene expression at the BBB, specifically by non-coding RNA, particular microRNA, to offer pharmacological solutions to the observed BBB alterations. For this, CF systematically studies the mechanisms from gene regulation, through transcription, to protein degradation and cellular morphology, linking basic science with clinical aspects. After years of experience in research, evaluation, teaching and administration both in hospital and education institutions, CF developed different in vitro and in vivo models of cerebrovascular disease and established recently a division of computational model to further strengthen this area of research.

Roberto Manfredini, MD, is full professor of Internal Medicine, Director of the Department of Medical Sciences at the University of Ferrara, Italy, and Head of the Clinica Medica Unit, General Hospital of Ferrara, Italy. He has expertise in clinical chronobiology, and he contributed in the identification of rhythmic occurrence of acute cardiovascular diseases along time, eg, hour of the day, day of the week, and month/season of the year. This innovative temporal approach to cardiovascular diseases, i.e., myocardial infarction, acute aortic diseases, pulmonary embolism, stroke, has opened up the potential for improving healthcare via a temporized drug administration (chronotherapy). He has built this innovative knowledge after years of experience in research and teaching both in hospital and education institutions.